You are here: Home → Blog → Planet Dance. Or: I seem to have written a film script 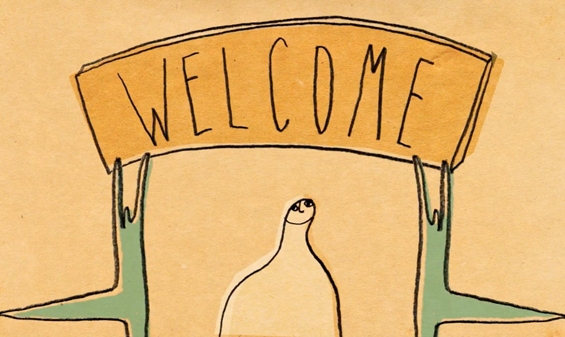 I wrote a film script! Ok, it was by accident. Sort of. Back in – ooh, ages ago now – Chris Thomson, Director of Creative Learning at The Place, got in touch with me about writing an accessible introduction to contemporary dance. Having seen and very much enjoyed my Step by Step Guide to Dance series for the Guardian, he suggested writing a series of short, user-friendly texts to form a primer that would, as he later put it, be “light-hearted but not lightweight”.

So I thought about it and came up with an idea. What if I wrote it as a kind of travel guide to a place called “contemporary dance”? That way I could encompass a lot – bits of context, pointers to sites of interest, info on local customs, useful phrases, etc. – without becoming all serious and “teachy”. I hoped that outsiders (and let’s face it, dance can get very insiderish) might then feel less like strangers in a strange land and more like welcome visitors or eager explorers.

I decided to call the series Planet Dance, in homage to (if not exactly in imitation of*) the film Planet of the Apes. I wrote the outline of six sections of the guide, and the content of three. Chris loved Planet Dance. He loved it so much that he wanted it to be – how to say? – more than I had ever imagined. He thought it might make a great animation.

Well, now it has made a great animation! Chris asked Magali Charrier (from whom he had previously commissioned a totally beguiling series of drawing about learning to dance, entitled How My Hands Got to Know My Feet), to create the film. Together, they tried out visual ideas, they tried out narrators, they tried out sounds and transitions and timings.

And I … tried out letting them do that. As a writer, I’d been accustomed to the “outcome” being down to me, and perhaps an editor. Planet Dance was different. Sure, it was my text, but the outcome wasn’t text. It was film. And I am no expert in film. I quickly learned that once images said something, the text could say a lot less. That words take up a lot of time. That speech is so much more than language. And that collaboration is very different from authorship. I soon stopped thinking of Planet Dance as “my text”, and started thinking of it as a film adaptation, by other people. I let go.

And how lucky was I to do that? When I saw the results I was totally disarmed. I don’t know how they did it, but Magali and Chris produced a little film that both enchanted and surprised me. I loved seeing the ideas realised in a way that I hadn’t ever imagined. Magali’s eye, her heart and humour, are delightful. I love her vision not just because seeing through her eyes is eye-opening for me, but because her animation is – adorable.

Want to see for yourself? You can watch the first episode here. To find out about the next episodes, see my post on Body Talk, Levels 1–3.

To find out more about Chris’s angle on the film, see his post for The Place.

Still want to know how Planet Dance differs from Planet of the Apes? See the footnote. 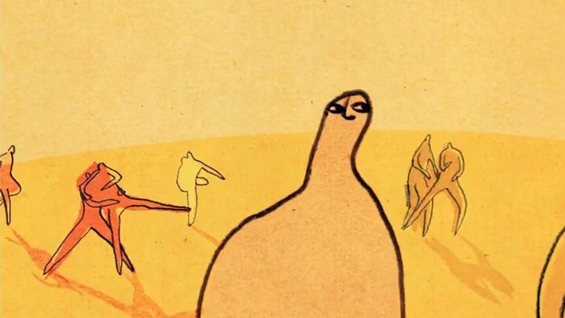 Screen grab from the episode 1 of Planet Dance

* In Planet of the Apes, Charlton Heston voyages to an alien world that is both strikingly different from and uncannily similar to our own, which [spoiler klaxon!!!!] turns out to be, in fact, Planet Earth all along. I had a similar idea for Planet Dance: it might seem all alien and spacey, but once you’re there you find out that it’s actually the same place as you live. The difference, of course, is that in Planet of the Apes this discovery causes Charlton Heston to fall to the ground and shout “God damn you! God damn you all to hell!”, whereas on Planet Dance, I hope it will make the visitor smile and think “Oh! Well, of course. Haha! How very lovely.”